Here are Ten Mistakes You May Be Making While Using CBD 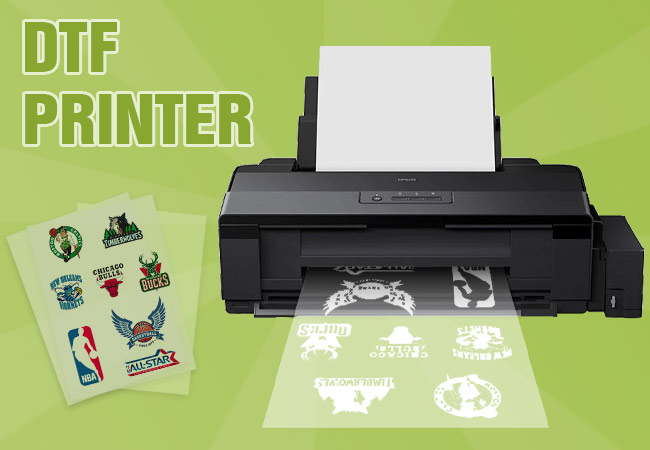 The digital textile printing industry has seen rapid growth over the past decade as more and more users move towards digitizing textile printing. The use of digital printers allows you to inculcate ease, simplicity, fabric performance, texture, and most importantly, a huge variety of colors into fabrics, thus making the whole process reliable and cost-effective overall. There are several processes that fall within the scope of digital textile printing. In this article, we will mainly discuss the Direct to Film Printing (DTF) process.

What is DTF printing?

The DTF process is as simple in its operation as the name suggests: printing on film and direct transfer to fabric. The most important factor that makes this process worthy of being used by more people is the freedom to choose almost any fabric. Whether it’s polyester, cotton, silk or synthetic fibers like rayon or terry, the DTF printing process is sure to do its magic on them.

The requirements for DTF printing do not require a heavy investment from the user. Whether it’s someone who is currently engaged in one of the aforementioned digital textile printing processes and wants to move to DTF printing as an extension of the business, or someone who wants to venture into digital textile printing starting with a dtf printer one needs to invest in the follow up. –

Instead of plain paper, insert the PET film into the trays of the printer. First print the entire blank image on the PET film. Next, using the appropriate color settings in the printer, print the required image on the white image layer. The important point to remember is that the print on the film must be a mirror image of the actual image that is to appear on the fabric.

This step consists of applying hot melt powder to the film on which the image is printed. Dust is applied evenly when the print is wet, and excess dust should be carefully removed . The important thing is to make sure that the powder is evenly distributed over the entire printed surface of the film. A very common way to ensure this is to hold the film on the short edges so that the long edges are parallel to the floor (landscape orientation) and pour the powder into the center of the film from top to bottom so that it forms about 1 pile. one centimeter thick in the center from top to bottom. Collect the film together with the powder and fold it slightly inwards so that it forms a slight U with the concave surface facing you. Now shake this film from left to right very lightly so that the powder spreads slowly and evenly over the entire surface of the film. Alternatively,  automatic agitators available for commercial configurations can be used  .

As in the name, in this step the powder is dissolved. This can be done in a number of ways. The most common way is to put the film with the printed image and the applied powder into the curing oven and heat. If the curing oven is not available, place the film inside the heat press and move the top of the press closer to the film without touching it. There should be a gap of  about  4-7mm  between the film and the top plate of the heat press. A wire can be used to secure the top of the press so that it does not close completely on the film and leave a necessary gap. For best results, it is highly recommended to follow the manufacturer’s specifications for powder melting  . Depending on the powder and the equipment, heating is generally done  for 2-5 minutes with the temperature around  160 to 170 degrees Celsius  .

The phase involves pre-pressing the fabric before the image is transferred by the film. The fabric is held in the heat press and pressurized under heat for  approximately 2-5 seconds  . This is done to  flatten the fabric and also ensure that the  fabric is dehumidified. Prepress helps in the correct transfer of the image from the film to the fabric.

This is the heart of the DTF printing process. The PET film with the image and the fused powder is placed on the pre-printed fabric in the heat press for strong adhesion between the film and the fabric. This process is also called ‘healing’. Hardening occurs at  a temperature between 160 and 170 degrees Celsius  for  about 15-20 seconds  . The film is now firmly attached to the fabric.

It is important that the fabric and the film now attached to it cool to room temperature before peeling off the film. Since hot-melt is similar in nature to amides, on cooling it acts as a binder that holds the colored pigment in the inks in firm adhesion with the fibers of the fabric. Once the film has cooled, it must be peeled off the fabric, leaving the required design printed in ink on the fabric.

This is an optional step, but is highly recommended for best results and high performance parameters such as wash and rub fastness. At this stage, the final fabric with the transferred design is pressed into the heat press for  approximately 10-15 seconds  .

Here are Ten Mistakes You May Be Making While Using CBD